A couple of my friends from Abu Dhabi, all Americans, went to Jordan this week, and because I am in Jordan so often, they wanted my opinion of what to 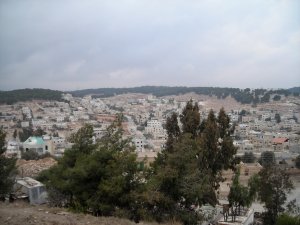 do—especially with their first two days in Amman.  My best advice for tourists stuck in Amman is to leave, as it is the only part of Jordan that has almost nothing to offer Western tourists on a short stay. My suggestions have been rolling off my tongue for years, pretty much in this order:

1.    Petra:  Now one of the Great Wonders of the World
2.    The Dead Sea:  Take a mud bath at the lowest point on Earth.
3.    Aqaba:  Swim and sun at the Red Sea.
4.    Jebel Musa: Where Moses saw the Promised Land for the first time, and near the old but still bustling town of Madaba, with its historic church.
5.    Jesus Baptism Site:  I often wonder what Jesus would think about  people look up from the water to find themselves starring at an armed Israel solider standing guard just on the other side of the narrow Jordan River.
6.    Jerash:  The old Roman amphitheatre is especially fun if it’s the Jerash festival, and especially if you eat kebab at Abu Yahya’s overlooking the valley.
7.    Wadi Rum:  Live out your Lawrence of Arabia fantasies in a group tour.
8.    Karak:  Fascinating ruins near the mountaintop city of Salt.
9.    Pella:  Yes, more ruins and another chance to see more of Jordan’s otherworldy landscape.
10.    Downtown Amman (if you must and only if you’ve never seen any other Middle Eastern downtown):  The gold souk, the dirt and crowds, the mom and pop shops, and Hashem, the popular falafel and hummos spot that takes up both sides of an alley.

All the above things are things I rarely do, unless I have tourists in tow with me—seen one of the great wonders of the world five or ten times, and it’s like you’ve seen it a hundred.  But for people who are going to stay longer, I’m going to start mentioning these things, too.

1.    Ajloun: The best views and weather in Jordan. At Saladin’s old fort, you can look out and see Jerusalem on a clear day, just as Moses did at Jebel Musa.
2.    Dana Reserve:  Where the deer and the antelope play.
3.    Ma’een: A natural hot springs deep in a gorge, and now with a luxury hotel.
4.    The Houses of West Amman:  This “I can build a bigger mansion than you can” neighborhood actually offers spectacular views.  Park at the Abdoun Mall and head for the hills from there.
5.    Wikalat Street: A pedestrian-only street of stores and cafes anchoring the Suweifeh neighborhood, which amongst its many divergent streets offers up shops that  specialize in honey, chocolate, spices, or cheese, and selling everything from evening gowns to screwdrivers.
6.    Jabri Restaurant: Mansaf is the national dish of Jordan, and Jabri’s mansaf, although it has been served at royal and state gatherings for decades, is for everybody.
7.    The Palestinian Refugee Camps:  A painful reminder that all is not well in the world.
8.    Palestine:  The border is half an hour a way, and the Palestinians in Jerusalem and elsewhere on the West Bank need the boost of tourism.

1 thought on “Alternative Tourism in Jordan”