Freedom is the gotcha word of the Middle East decade—it’s the reason everyone is claiming to be helping—i.e. bombing, maiming, spying on and killing–everyone else.  The definition of freedom (and its purpose) is a little vague under the circumstances.  But I was set straight this past summer. 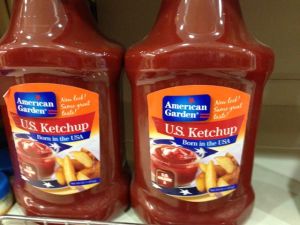 I was on an airplane and sitting next to me was a 10-year old boy, born and raised in Houston, but his parents were born in Jordan.  It was a 10-hour flight and he had already seen all the inflight movies as he explained to me at length with a synopsis of each.  Thus, any time he could find a way to get me to play a video game with him or talk, he jumped at the chance.  My freedom was gone.

Generally speaking, I allow myself to lose very quickly at video games, mostly so I can stop playing them.  But at one point I was doing well despite myself.  So to break the game I started asking him questions.  This kid had answers for everything and so I was out of the game and into discussion.

After he told me he visits Jordan every other summer to see cousins, aunts and uncles, I asked him if he liked Jordan or Texas better.

“Texas for sure,” he said without hesitation.

I asked him why and he replied,  “It’s fun seeing family because we don’t have many relatives in Houston.  But there is a lot more freedom in the US.”

Apparently we moved from Temple Run to a discussion about how relatives in Jordan butt into your business all day or a socio political discussion.  “How is there more freedom in the US?” I ventured.

He shrugged like it was obvious.  “In Jordan at the McDonald’s you have to pay for the extra ketchup,” he said.  “In Houston you can have as much ketchup as you want and it is free.”

“It’s free everywhere in America,” he said.  “Don’t you know that?”

I actually didn’t.  But now I do.  Or maybe I just never thought about ketchup beyond my French fries.  Forget heavily loaded uses of freedom, like Freedom Fries, which free ketchup services.  This boy made freedom simple—unless you want to ask yourself what gives McDonald’s the right to charge people in one country for ketchup and not in another.