The Golden Harvest will have an encore screening at the Minneapolis St. Paul International Film Festival as part of the Best of the Fest screenings–Super!

I lived in a house only once in my life.  For three years. It was in Minnesota in what was a kind of small town back then called White Bear Lake.  I was six but I still remember the couple who lived in the house before us saying to my parents that they never had a chance to plant the yard because they had their hands full with a teenage girl that was always in trouble.  That’s why they were moving.  I wanted to know more about that girl but I was sent out to that empty yard.  A few years ago, I went to a look.  They were little stick trees when we moved away.  Today, the trees are taller than the house.  No olive trees, but a great apple trees.

So it fits that The Golden Harvest, which was inspired by dad’s love for trees, will play again at the Minneapolis St. Paul International Film Festival as Best of the Fest.

Recently, Michelle Goodman, the author of “My So-Called Freelance Life,”  a must read cautionary and inspirational tale for those contemplating 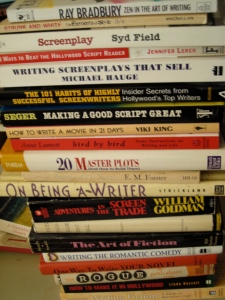 chucking it all to pursue their own dreams, interviewed me and two other writers for her column on ABC.com.  You can read for yourself how we all learned about the glamorous life of writing.